New York is the fourth most populous state in the country. Its children face significant health problems related to chemicals in the environment: as of 2018, asthma affects over 200 thousand New York children. According to 2020 data, over 150,000 New York children under the age of 18 have been reported as having a learning disability, and more than 141,000 have a speech or language impairment. As of 2016, there were over 17,000 children under the age of 6 with blood lead levels over 5 µg/dL. To address these concerns, New York has been a leader in adopting laws that protect families, communities, and the environment from toxic chemicals.

In the past decade, New York has adopted bans on mercury and PBDEs in products, a ban on BPA in baby bottles, and a first-in-the-nation ban on the carcinogenic flame retardant TCEP. New York has also banned PFAS in firefighting foam and food packaging.

In early 2021, New York enacted laws to address lead in school drinking water; a law banning the use of toxic, single-use plastics for personal care products in hotels; and a law banning the use of trichloroethylene (TCE). In December 2021, New York adopted a nation-leading bill that restricts the use of flame retardants in furniture, mattresses, and electronic displays. While several states have passed similar legislation, New York is the first in the U.S. to also include a prohibition on organohalogen flame retardants (OFRs) in electronic enclosures such as televisions. This new law mirrors a similar prohibition adopted by the European Union. On January 1, 2022, New York enacted a law adding 40 chemicals to the state’s “emerging contaminants” list, which requires all the state’s water utilities to test for toxic chemicals, including PFAS. 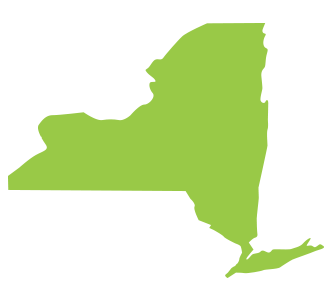