Spanning 12 cities in 11 states, REI customers will deliver a petition with more than 130,000 signatures demanding action on PFAS “forever chemicals”

Competitor Patagonia already committed to phase out all PFAS in products by 2024, yet REI has failed to set a timeline to ban PFAS

NEW YORK, NY—This week, REI members take to the streets of REI stores nationwide demanding that outdoor retailer REI set a clear timeline to eliminate toxic PFAS (per- and polyfluoroalkyl substances) as part of a year-long national campaign led by Toxic-Free Future’s Mind the Store program, Safer States, and partners. Spanning 12 cities in 11 states, REI customers will deliver a petition with more than 130,000 signatures to REI’s flagship stores in their hometown of Seattle and in Manhattan demanding action on PFAS “forever chemicals.”

“It’s time for REI to make a strong commitment to phase PFAS out of all of the products it sells nationally on an aggressive timeline,” said Mike Schade, director of Mind the Store, a program of Toxic-Free Future.

REI has not publicly committed to a timeline despite its competitor Patagonia’s commitment to phase PFAS out by 2024. On September 8th, REI issued a statement in support of a California bill awaiting a signature from Governor Newsom that would ban PFAS in textiles, including outdoor apparel, by 2025.

“REI’s latest announcement in support of the California legislation to ban PFAS in textiles is positive news, which we welcome,” added Schade. “However, it falls short. We urge REI to take the next step by announcing a clear time-bound commitment to ban all PFAS and ensure substitutes are safe. Until they do, this week we are bringing the voices of REI members to the doorsteps of REI stores coast to coast to demand that REI lead the outdoor industry away from toxic chemicals.”

This week’s action at REI stores coincides with the one-year anniversary of the national campaign that launched in September 2021 urging REI to ban all PFAS “forever chemicals” from its products.

“REI’s home state of Washington has been aggressively working to ban PFAS in products because they are building up in breast milk, people, and wildlife—even orcas. REI must lead the outdoor industry by using safer chemicals and materials for water-proofing clothing, shoes, and other products. We expect REI to eliminate PFAS, evaluate the hazards of the alternatives, and use the safest options,” said Laurie Valeriano, executive director of Toxic-Free Future.

REI is currently using an approach to evaluate their chemical use that does not address all PFAS or potential substitutes. GreenScreen for Safer Chemicals is a methodology that is widely used by major corporations and government agencies to avoid the most hazardous chemicals and use the safest ones.

The week of activism at REI stores will be held from September 19 to 23 in 12 cities in 11 states including Alaska, California, Connecticut, Maryland, Massachusetts, Michigan, New York, Pennsylvania, Rhode Island,Vermont, and Washington. Petition signatures totaling more than 130,000 will be delivered to flagship stores in both New York City and Seattle. This follows actions held over the summer at REI stores in Maine, Minnesota, and North Carolina.

“Clean Water members on the ground across the country are united in this message to REI: seize your moment to help get PFAS out of commerce and set an example for your industry,” said Cindy Luppi, New England director of Clean Water Action. “Patagonia has gotten an early lead but REI can catch up if they get serious about safer alternatives to PFAS for outdoor gear.”

“State policies across the country are moving towards banning these very dangerous chemicals,” explains Sarah Doll, national director of Safer States. “Right now, California and New York both have bills awaiting the Governor’s signature that would ban PFAS in textiles like clothing, and I anticipate more states to follow. REI should take action before state laws force their hand.”

Although competitor Patagonia committed to phasing out PFAS “forever chemicals” in products by 2024, REI has failed to set a clear timeline to ban PFAS in products it sells. In recent months, the California and New York state legislatures have passed legislation —A.B. 1817 and S. 6291-A (Hoylman) / A. 7063-A (Fahy), respectively— banning PFAS in clothing including outdoor apparel in California. Both bills currently await governor signatures before becoming state law. Earlier this year, Washington state enacted legislation speeding up the timeline to regulate PFAS in clothing and other textiles.

“There is no safe way to produce, use, or dispose of PFAS so it doesn’t contaminate our communities, drinking water, and bodies. Retailers like REI must do all they can to prohibit these dangerous chemicals as an ingredient in its products,” said Sonal Jessel co-leader of the NY-based Just Green Partnership. “We urge our governor to sign the bill currently on her desk to get PFAS out of apparel which would continue NY’s leadership in stamping out exposure to this harmful chemical,” added Paul Webster, co-leader of the NY-based Just Green Partnership.

Additional quotes from campaign partners and allies can be found in the accompanying quote sheet.

Chemical companies sell PFAS (per- and polyfluoroalkyl substances) for application to paper and textiles as stain-resistant, water-repellent, and grease-proofing treatments.

A growing body of scientific research has found links between exposures to PFAS and a wide range of health problems including a weaker immune system, cancer, increased cholesterol levels, pregnancy-induced hypertension, liver damage, reduced fertility, and increased risk of thyroid disease. PFAS are often referred to as “forever” chemicals because they are not known to break down in the environment and can easily move through soil to drinking water. With remarkable persistence and mobility, PFAS have become global pollutants that threaten the health of people and wildlife.

Earlier this year, TFF released a study that found PFAS in most products labeled stain- and water-resistant, with 72% testing positive for PFAS—including products from REI. Six of the eight products purchased at REI contained PFAS. All three REI-branded jackets contained older PFAS, chemicals banned in the European Union and phased out by major U.S. manufacturers. A 2021 peer-reviewed study led by scientists at Toxic-Free Future (TFF), the University of Washington, and Indiana University found PFAS in 100% of breast milk samples tested and that newer PFAS build up in people. Toxic-Free Future’s investigative report revealed that a PFAS manufacturing facility is a major source of both PFAS pollution and ozone-depleting chemicals that contribute to health problems and climate change.

State governments are taking legislative and regulatory actions to phase out PFAS in products to prevent contamination in favor of safer alternatives. For example, laws in ME and WA have given state agencies authority to ban PFAS in a wide range of products. Eleven states including CA, CO, CT, HI, ME, MD, MN, NY, RI, VT, and WA have enacted phase-outs of PFAS in food packaging. Five states including CA, CO, ME, MD, and VT have adopted restrictions on PFAS in carpets, rugs, and aftermarket treatments and regulatory action is pending on these products and other home textiles (e.g. upholstery, bedding) in CA and WA. With new legislation adopted this year, WA will be evaluating safer alternatives for PFAS in other products such as apparel, cleaners, coatings and floor finishes, firefighter turnout gear and others with a timeline of adopting restrictions by 2025. Eleven states including CA, CO, CT, HI, IL, ME, MD, NH, NY, VT, and WA have put in place bans on the sale of firefighting foam containing PFAS.

Retailers are increasingly adopting safer chemicals policies to eliminate PFAS in key product sectors, according to the annual Retailer Report Card. Many outdoor and textiles brands have announced policies to reduce and eliminate PFAS. Patagonia has pledged to eliminate all PFAS across its entire product line by 2024. In July, Columbia sent a letter to environmental organizations committing to a goal of phasing out PFAS by the end of 2024. Last year, Polartec announced it was eliminating PFAS in its DWR (durable water repellent) treatments across its line of performance fabrics. Lowe’s and The Home Depot are no longer selling indoor residential carpets or rugs with PFAS, and Lowe’s also committed to stop selling fabric protection sprays with PFAS. In addition, 22 retailers selling food or food packaging have announced steps to reduce or eliminate PFAS in food packaging at their more than 140,000 stores.

Toxic-Free Future (TFF) is a national leader in environmental health research and advocacy. Through the power of science, education, and activism, Toxic-Free Future drives strong laws and corporate responsibility that protects the health of all people and the planet.

Safer States is an alliance of diverse environmental health organizations and coalitions from across the nation committed to building a healthier world. By harnessing place-based power, the alliance works to safeguard people and the planet from toxic chemicals and sparks innovative solutions for a more sustainable future.

“Clean Water members on the ground across the country are united in this message to REI: seize your moment to help get PFAS out of commerce and set an example for your industry,” said Cindy Luppi, New England director of Clean Water Action. “Patagonia has gotten an early lead but REI can catch up if they get serious about safer alternatives to PFAS for outdoor gear.” 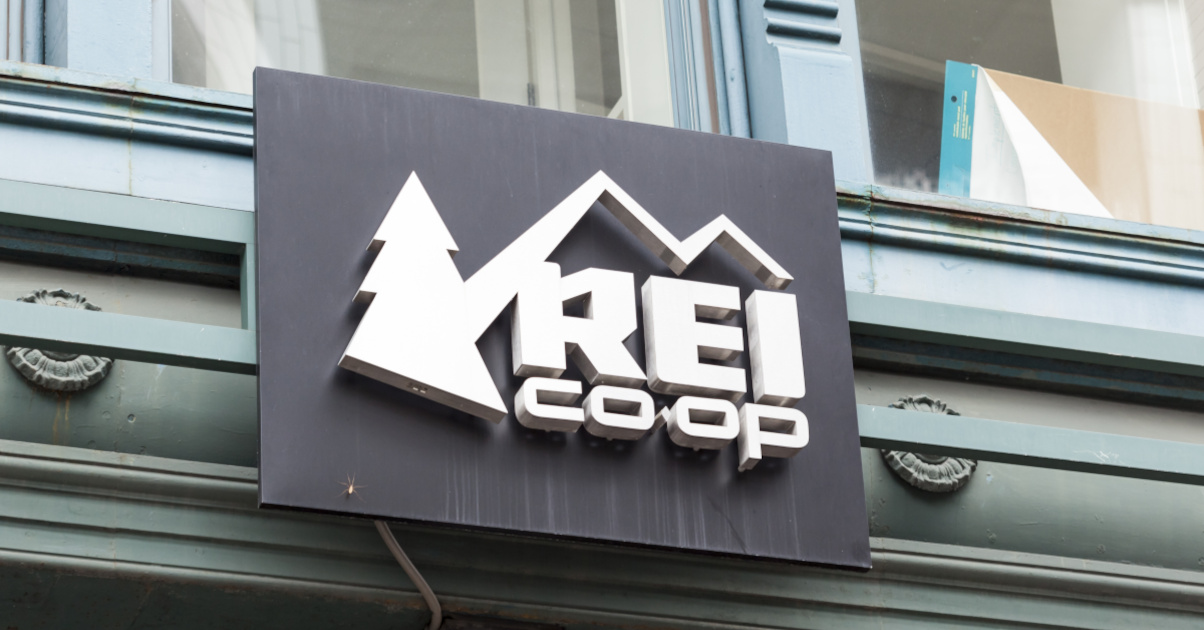