Guest Blog: Toxic Paint Strippers And What To Do About Them

Thanks to http://www.plasteranddisaster.com for this great blog post discussing the hazardous chemicals and dangers of using paint strippers. The EPA is currently the EPA is considering a rule to ban the two worst of these chemicals, and you can help by sending a note to the EPA voicing your support for the ban.

TOXIC PAINT STRIPPERS AND WHAT TO DO ABOUT THEM

DIY is an area of my life where well–documented eco ideals sometimes come in conflict with themselves.  On the one hand, re-using and recycling stuff is awesome.  On the other hand, using terrible, hazardous, self-and-earth-destroying chemicals to restore stuff is not awesome.

There is a balance to be struck here – I’m not saying that we can’t use wood stain in a well-ventilated area.  But one area where that balance is way out of whack is the many types of paint strippers currently on the market.  These products are really bad. Photo by Jamie Smith Hopkins/Center for Public Integrity via here and here.

And by really bad, I mean that they kill you.  And not just in the long-term: fumes from Methylene chloride, a common ingredient in consumer paint strippers, lead to immediate death when used in a poorly ventilated area (like a bathroom).

It kills in many ways.  It enters the body and converts to carbon monoxide, triggering a heart-attack by lack of oxygen, and also acts as a anesthetic, shutting down your ability to breathe.  In the presence of an open flame, it also turns into phosgene, a deadly gas used in World War I. Its led to more than 50 direct deaths since 1980 (and likely more, since heart attacks and at-home deaths may not be fully attributed) and is banned in the EU, but for some reason there isn’t even a warning label about this.

Even if it doesn’t kill you right away, it might in the long-run.  Methylene chloride is also linked to liver toxicity, liver cancer, and lung cancer.  Other common ingredients in paint removers include N-Methylpyrrolidone (reproductive and developmental toxicity), Toluene (central nervous system effects, excreted in breast milk), and Dimethyl sulfoxide (a developmental neurotoxin which quickly degrades Nitrile gloves, the common DIYer protection).  Safer alternatives like Benzyl alcohol are still pretty nasty to be around. WHAT TO DO INSTEAD OF USING TOXIC PAINT STRIPPERS

Okay, so what can you do instead of using these paint strippers?  I am not someone who is going to stand opposed to finding awesome old stuff and taking it home to be transformed (just look at my basement).  And I also know that awesome old stuff is often covered in gross old paint.  So what are some safe ways to remove paint?

"Really all paint strippers are somewhat dangerous, but the worst ones – the ones that cause immediate death, cancer, or reproductive harm – shouldn’t be on the market." 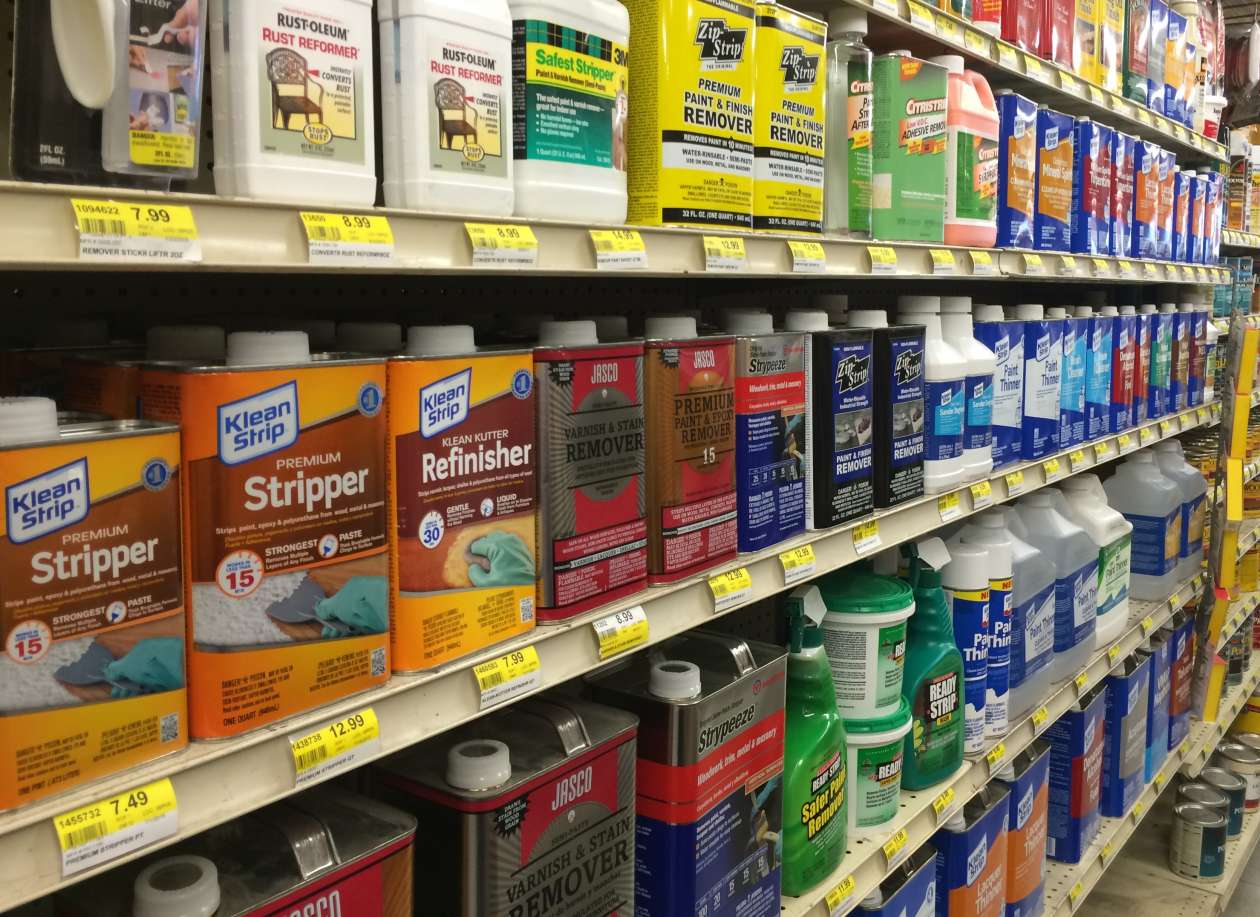