The 180 estimated policies is a conservative estimate based on bills that have been identified, as well as considerations of multiple versions of bills, and other policies that are in development but not yet clear.

Safer State’s analysis of legislation that will be introduced across the country has found that regulation of PFAS chemicals is the focus of the majority of policies being proposed. PFAS (per- and polyfluorinated alkyl substances) are a class of more than 5000 chemicals used in everything from cookware, food packaging, and carpets to outdoor apparel and firefighting foams. PFAS are also widely used in industrial processes and then discharged into waterways. The director of the U.S. Center for Disease Control and Prevention’s (CDC) National Center for Environmental Health called PFAS “one of the most seminal public health challenges of the coming decades.”

PFAS have been linked to serious health problems such as cancer, hormone disruption, immune suppression, and reproductive problems. Scientists are concerned about how exposure to PFAS and other toxic chemicals can worsen the impacts of Covid-19. PFAS are sometimes called “forever chemicals” since they do not easily break down in the environment and some forms will be with us forever. PFAS travel far distances, with a recent study finding 60 tons of PFAS in the Arctic Ocean. Nearly every American has PFAS in their body: they are found in blood, breast milk, and even umbilical cord blood of newborn babies. For more information on PFAS, visit Safer States’ PFAS Action Guide: www.pfasaction.org.

Below is an overview of the policies that have been or that we anticipate being introduced in legislatures around the country to address the serious threat of PFAS and other toxic chemicals. Some of the policies listed below are part of a single bill: 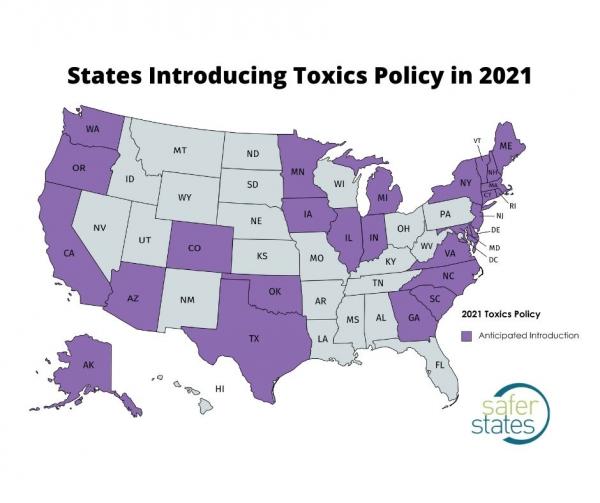 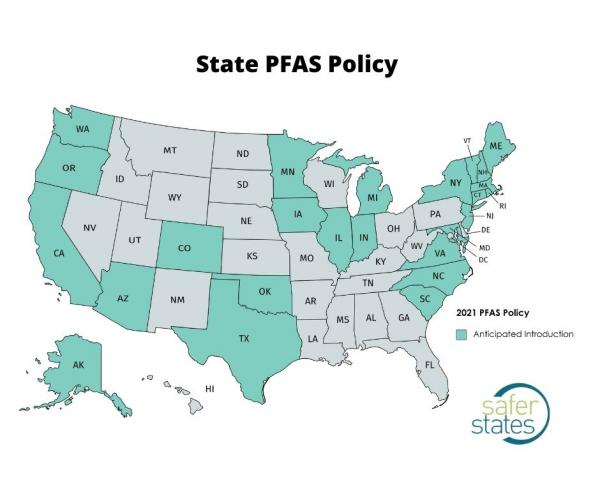 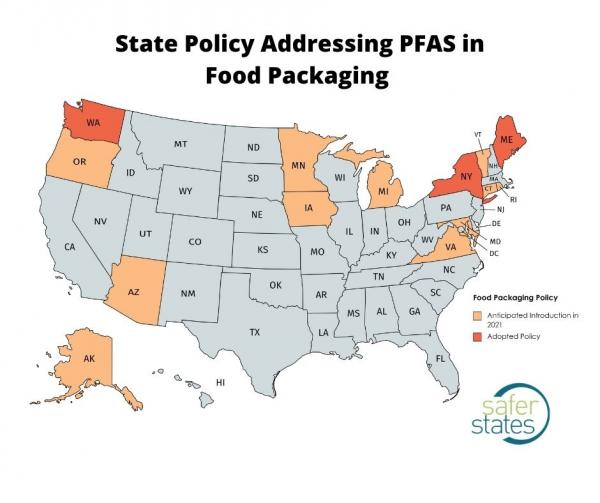 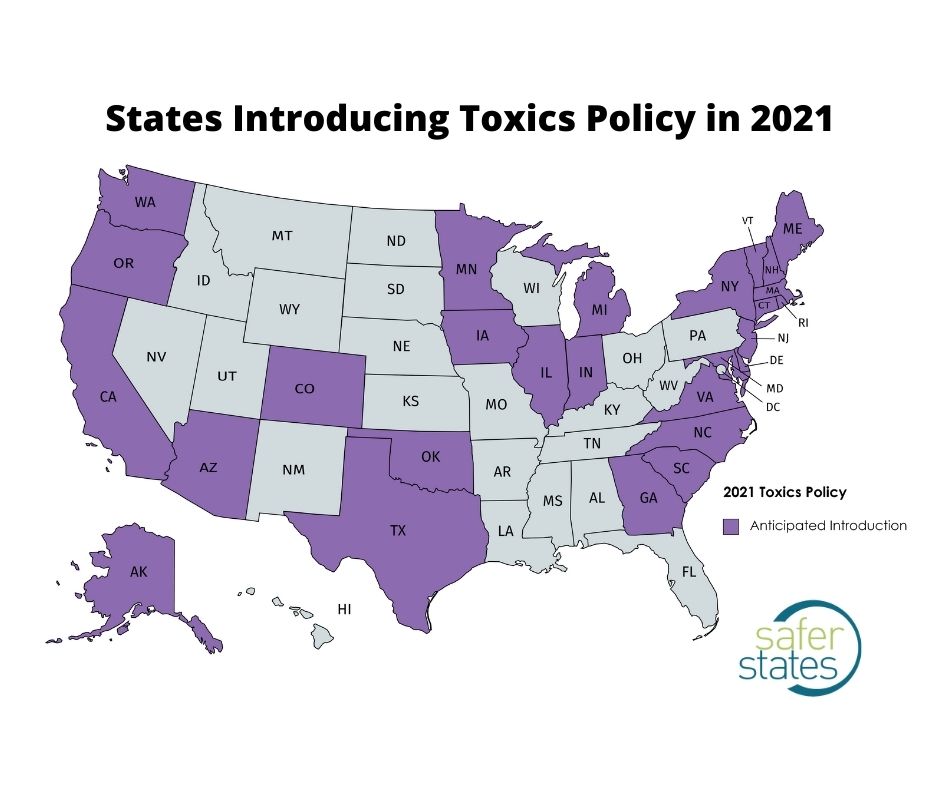